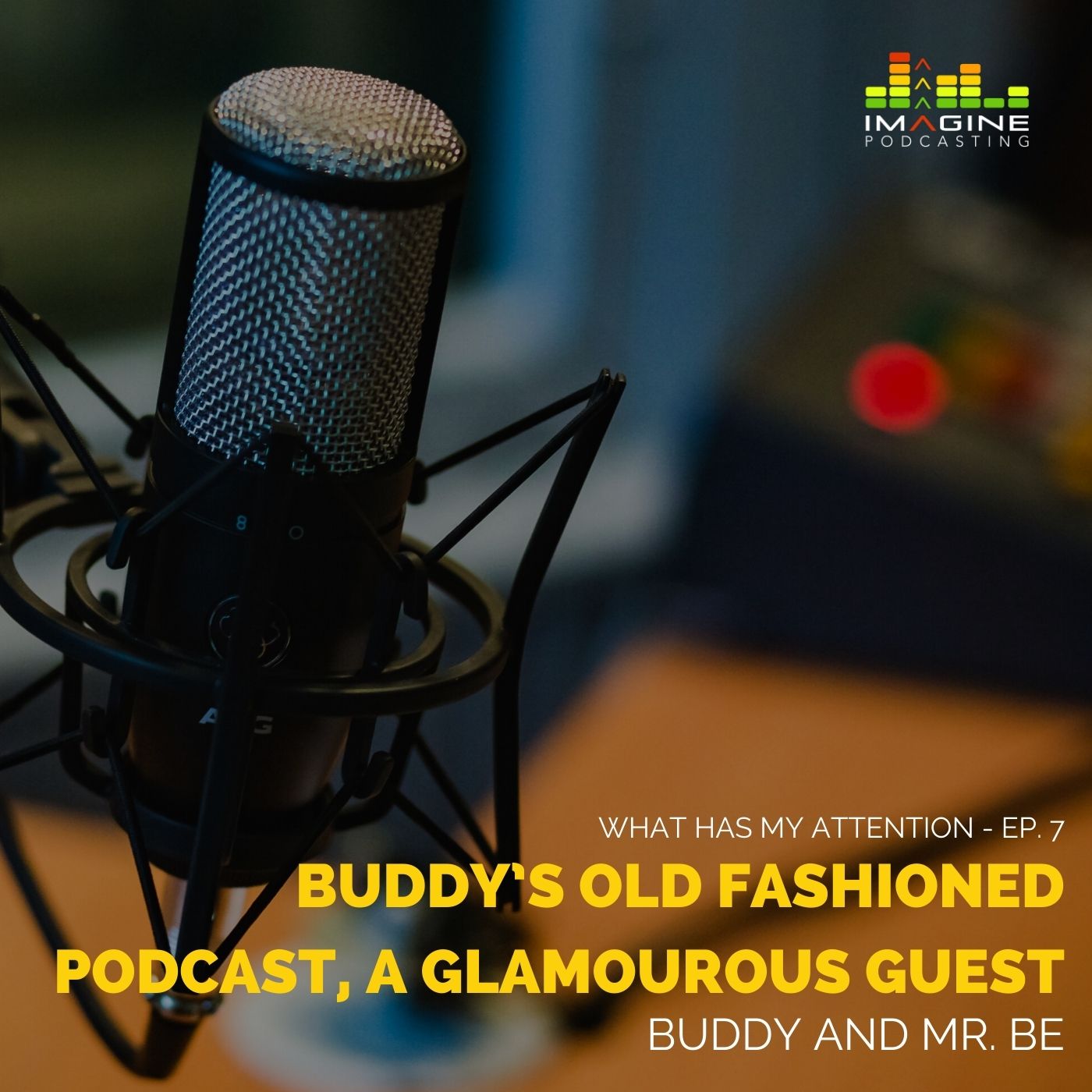 Recorded July 2006. We just wanna be your friend

While living in New Mexico, I started podcasting in 2005 first producing Jeffery Milburns Omni Art Salon, which Jeffrey continues today with over one-quarter of a million downloads. That my friends is another Flashback Friday episode forthcoming.

In 2006 I was well on my way producing podcasts when I got a call from a friend asking if I knew Jim Terr from Blue Canyon Productions. I said I didn’t. My friend told me he was a comedian and a local New Mexican radio personality and I should have him on my show. So I gave him a call. I called him and we agreed for him to come into my studio the following Wednesday at noon. That Wednesday morning around 9 AM I got a call that went something like this:

Is this Mr. Be? I said it’s John. The voice on the other end introduced himself as BuDDy a good friend of Jim Terr. He explained that Jim couldn’t make that date and had suggested he come instead. I said Okay. BuDDy went on to say… Mr. Be, you just play it straight and I’ll take it from there. The following Wednesday at noon, BuDDy showed up, which became the birth of BuDDy’s Old Fashioned Podcast, we just wanna be your friend, the character created by Jim Terr. Over the 36 episodes we created together, Jim (BuDDy) taught me how to use my voice with a microphone. He made me a few pop-filters for the microphones and mentored me in so many more ways. To date, this show was the most fun I’ve ever had on a podcast.

What follows is my favorite episode, episode 16: A Glamourous Guest, recorded and released July 7, 2006, after the recent Fourth of July.

If you go to the show notes for this episode, you’ll see the “original” show notes BuDDy wrote for the episode. Many of the links mentioned are now dead and noted. But nothing else was changed.

Start of BuDDy’s original show notes for this episode

Are we putting headlines in “initial caps” like #13 or not? (Executive decision)

These notes are a little extra long, allowing for the “filmstrip” if you’re able to run it down the side, though I’m not attached to the filmstrip idea since the top photo is already generally pretty small. Do whatever you want with the photos, as long as you put her best one at the top, and don’t include anything of BuDDy’s neck below where a regular shirt collar WOULD be, and please don’t use photo #1985  in which BuDDy looks toothless – thanks.

BuDDy “rings in” the program with some prayer chimes thoughtfully supplied by Ms. Steph, which are sure to become a regular feature of the program until BuDDy tires of them.

After letting BuDDY rattle on for a few minutes about something or other, Mr. Be announces the installation of a Listener Comment Line for BuDDy’s Old Fashioned Podcast! (now a dead link)

Before they try it out, Mr. Be introduces a surprise guest, the lovely actress, and video editor Kate VanDevender of Albuquerque and New York City. That’s right, New York City! (we don’t mess around here on BOFP).

BuDDy is dazzled into near-speechless awkwardness but quickly recovers to suggest they listen to the comment line, which in fact contains only one crackly “test” comment from BuDDy. Mr. Be gamely suggests that listeners start phoning in their comments and questions anyway, but BuDDy suggests a more conservative approach of ironing out the bugs first, and there it stands for now.

Anyhow, our Miss Kate talks of her acting career, including her upcoming role in a comedy called “Sealed for Freshness” in New York. BuDDy offers his expertise on “burping” Tupperware. She also talks about her video editing business, ImagineEdit (now a dead link), wherein she prepares “demo reels” for actors. (Kate’s own “reel” is included there!)

BuDDy, not surprisingly, mentions his inclusion on the Forbes Billionaire List.

Kate also talks about her participation as an editor for the short film, “Eddy Ray”, in the upcoming Duke City Shootout (now a dead link) in Albuquerque.

BuDDy mentions that the podcast has been heard in such exotic locales as Canada, Denmark, Germany, the UK (formerly England), and Yugoslavia (formerly something or other), according to our podcast “stats” (statistics). BuDDy also wishes out loud that we could get in a fresh supply of our podcasting essential, Marsha Mason’s Throat Therapy Spray (now a dead link), for ourselves and our guests.

We play a rockin’ cut by last week’s guest, Rick Mena, called “I Failed The Lie Detector Test,” from his self-titled (or “eponymous”) CD called, not surprisingly, “Rick Mena.”

BuDDy sings a joyous song called “Another Heterosexual Wedding (Here in Santa Fe)”, accompanied by Mr. Be and Miss Kate, and explains that the song was actually written and performed for an actual heterosexual wedding here in Santa Fe! BuDDy reminds us that he’s not trying to stir up any controversy, and simply wants to be our friend.

Another ring or two of the prayer chimes, and we’re outta there!

HELP US SPREAD THE WORD

If you want to let other people know about this episode, head on over to Apple Podcasts and kindly leave us a rating, a review and subscribe!

WHAT has YOUR attention? Let us know

Visit JohnBiethan.com then Podchaser to see what I’m listening to and my portfolio.

My podcast page is here: WhatHasMyAttention.com