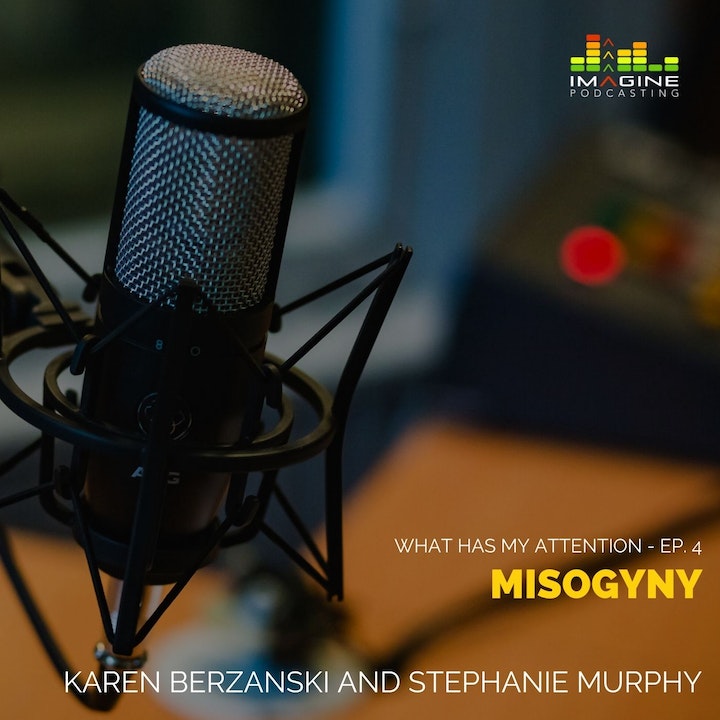 Dislike of, contempt for, or ingrained prejudice against women

All three of us have wanted to have a conversation about “misogyny.” Here it is. By the end of this episode, it was apparent there was more to talk about - in upcoming episodes.

Misogyny: Dislike of, contempt for, or ingrained prejudice against women. ‘she felt she was struggling against thinly disguised misogyny’ - ref. The Oxford Dictionary (online).

I produced a podcast episode in 2007 with Stephanie interviewing Craig S. Barnes, the author of "In Search of the Lost Feminine.” That interview is included at the end of this episode. A notable definition from Stephanie and the book: “Marriage - an institute created by men to harness the power of the next generation.”

This episode started out when I asked Karen if she had heard Stephanie’s interview with Craig. What follows in the conversation unfolds from that question.

In Search of the Lost Feminine: Decoding the Myths That Radically Reshaped Civilization by Craig S. Barnes

Men Are from Mars, Women Are from Venus: The Classic Guide to Understanding the Opposite Sex by John Gray.

“Trust is earned in the smallest of moments.” ~ Brene Brown

“A powerful woman is the same wherever she goes.” ~ Yama Vanzany

HELP US SPREAD THE WORD

If you want to let other people know about this episode, head on over to Apple Podcasts and kindly leave us a rating, a review and subscribe!

WHAT has YOUR attention? Let us know

Visit JohnBiethan.com then Podchaser to see what I’m listening to and my portfolio.

My podcast page is here: WhatHasMyAttention.com